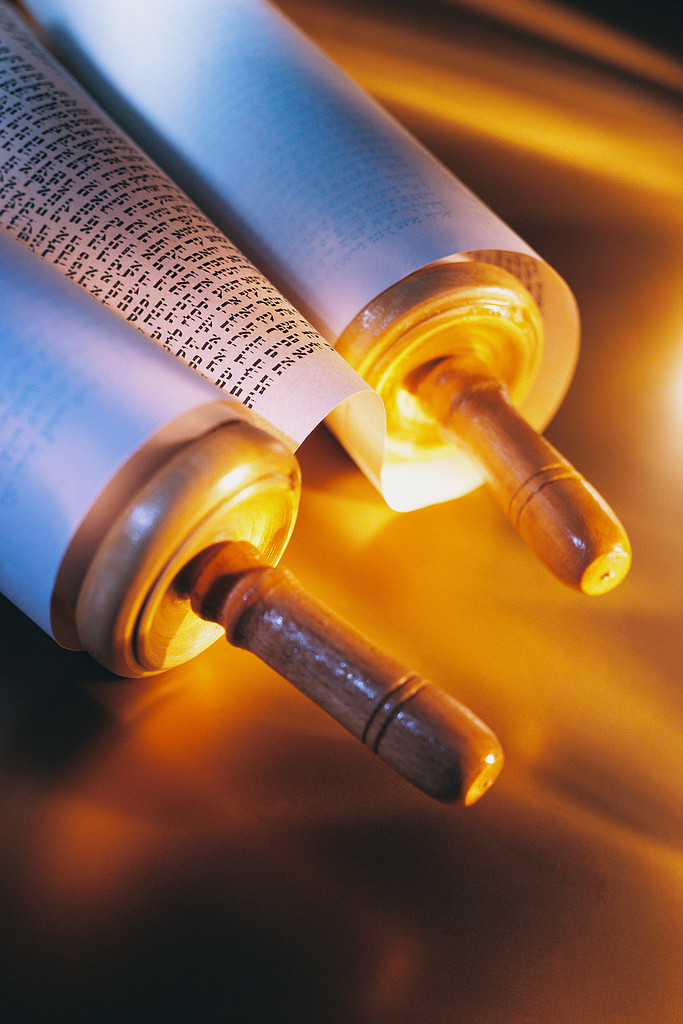 Select the sub-page you would like to go to below:

As a Jew, my first interest, goal, way of life, and priority of importance is living by the commandments* of God described in The Torah. That is why, of all the topics presented on this website, the first section is The Torah. What follows is a overly simplified explanation of what The Torah is according to the Jewish tradition which, through my investigations, I am convinced to be trustworthy and accurate to a level that I choose to accept it.

The Torah (the first five books of the Bible) is a direct communication/composition of God**. It was transmitted through the unique and unsurpassed prophecy of Moses, and entirely written by his hand (with the possible exception of the last few verses, which may have been written down by Joshua).

The Torah, along with the rest of the Hebrew Bible (Tanach), is collectively known as the `Written Torah'. The other books of the Bible were written either by prophets who received their prophecy from God through visions and dreams (Naviim), or by prophets and other authors through Divine inspiration (Kesuvim).

Along with The Torah, God also transmitted to Moses the Oral Torah. The Oral Torah (forbidden to be publicly published in written form until around 150 C.E.) was the definitive explanation of the Written Torah, describing the multiple meanings of verses and the detailed implementation of its laws. Included in the Oral Torah were 13 literary methods of extracting and deriving details of laws and ideas out of The Torah to handle new situations. These methods were used throughout the generations by sages until around 400 C.E. when the correct manner and skill to utilize these processes were lost. Due to God-directed historical events (mainly the destruction of the temple in Jerusalem, and the subsequent exile of Jewry), parts of the Oral Torah started to be forgotten. During this time period, the Oral Torah was first published in a terse form in what is called Mishnah, which was later expanded upon and codified into two Talmuds (one in Babylonia and one in Jerusalem). The underlying concepts and method of learning the Talmud was (and is) passed down from teacher to student. The Talmud also contains additional teachings and Rabbinic enactments designed to help people steer clear of violating Torah law and/or enactments to fix societal issues. Other portions of the Oral Torah were passed on and written down within works such as the Midrash, Toseftos, and Beraisos.

Even after the Talmud and other writings concerning the Oral Law were codified, the Oral Torah continued to grow, and does so to this day, by means of applying the principles laid out in the Talmud to current halachic (Jewish law) problems. In addition, new ways of explaining and extracting insights out of The Written Torah and the Talmud have (and continue) to be produced, which also adds to the collective `Oral Torah'.

*These commandments (or mitzvos), of which there are 613 biblical ones, are for every Jew to live by. God also set down 7 categories of laws which all the people of the world are to keep. These 7 categories, as well as other information can be found here. Although Judaism does not seek converts, non-Jews who wish to form a closer connection to God and are willing to take on the responsibility of observing all 613 mitzvos, can convert. Afterwards, they are fully accepted as members of the Jewish people.

**Obviously there are those who do not believe this is the case. However, consideration of evidence along with personal experiences have lead me to believe that this is indeed true. The evidence of the validity of the divine origin of The Torah and the Oral Torah given along side it can be found in many publications and lectures. The links to some are listed on the Torah Links sub-page.

Here is a quick description of each Torah sub-page: